Advocacy is Essential: The College’s Actions Towards Social Change 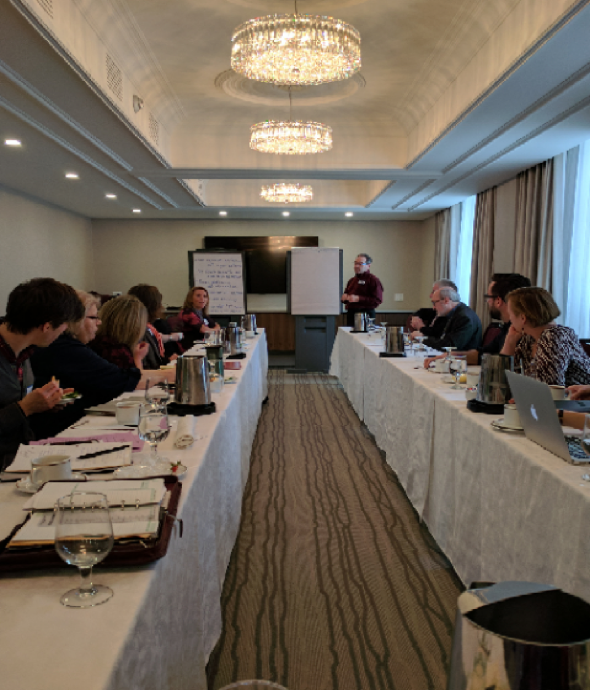 The NSCSW has the mandate, given to us by the Section 5(g) of the Social Workers Act, to advocate for the development, enhancement, and promotion of policies to improve social conditions and promote social justice. Social workers know this mandate is needed now more than ever.

We have a widespread concern about the political and economic culture in Nova Scotia and Canada. Political discourse has shifted over the past number of decades to focus on and through the neo-liberal paradigms, the role of privatization and managerialism has challenged the role public sector and the delivery of ethical services, that work in solidarity with those that are disfranchised by the current system. This has led to the disillusionment of the image that Canada is a caring and sharing society that provides public services to all citizens.

At the same time, social workers understand that liberation from these social oppressions is possible. We have seen it on a daily basis through our efforts and attempts to transform oppressive behavioral patterns and “unlearn” oppressive attitudes and assumptions. Our actions have worked in solidarity to recover the buried memories of our socialization, to share our stories and heal the hurts imposed by the conditioning, to act in the present in a humane and caring manner, to rebuild our human connections and to change our world (Sherover-Marcuse, 2015).

As social workers, we often find ourselves walking in what Parker Palmer would call the tragic gap. On one side of that gap are the harsh and discouraging realities around us. On the other side is the better world we know to be possible not merely because we wish it were so, but because we have seen it with our own eyes.

If we are pulled towards too much reality we fall into Corrosive Cynicism.Having seen “how the world works,” as with it recurrent violence, we arm ourselves and prepare for war rather than work for peace, thus becoming part of the problem (Palmer, 2013).

However, if we are pulled toward too much possibility, we fall into irrelevant idealism. Then we live in the fantasy world of “wouldn’t it be nice if…” floating so far above the fray that we lose our grip on what is, coming part of the problem in yet anothe (Palmer, 2013).

In this policy climate, market-oriented assumptions, arguments, and policies need to be challenged through research, public education and advocacy to pose substantive questions that are central to political dialogue in Nova Scotia. We must provide alternatives to the current system that are aligned with the challenge of walking in the “Tragic Gap.” As an organization, we can provide new ways to understand alternative social policies that are in solidarity with the stories of the marginalized. This understanding can identify the decisions that must be made for social change and the greater good.

The College is excited to launch our Policy and Advocacy committee which will develop and advocate for these alternative policies. This coupled with the coalition building and grassroots organizing of the Social Action, Social Justice committee will allow us to reach our mandate to advocate for the development, enhancement, and promotion of policies to improve social conditions and promote social justice.

In the last few months, we’ve embarked on advocacy initiatives with the Department of Community Services around social work supervision and the amendments to the Child, Youth and Family Services Act.  We have met with allied health professionals on Nova Scotia’s mental health care system and actively worked to build a provincial anti-poverty network. We look forward to continuing this work and hope to hear from members on areas for policy and advocacy development.