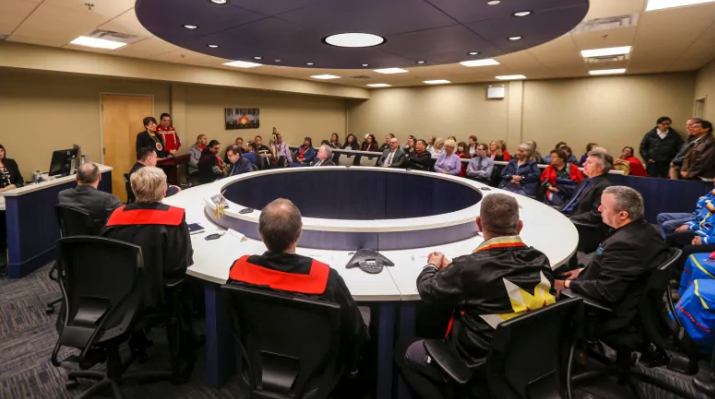 Join the North Shore Social Workers Peer Consultation Group as they invite Judge Laurie Halfpenny-MacQuarrie, a Judge of the Provincial/Family Court in the Strait area of Cape Breton, to speak publicly in Antigonish on why she sought to establish a provincial court on Wagmatcook First Nations. She’ll explain how she worked with allies to bring this to fruition and about how the use of Indigenous restorative justice traditions and customs and geographical proximity have already had positive impacts

Social workers and the public are invited to learn more about Judge Halfpenny-MacQuarrie’s progressive initiative that continues to pique interest across the country.